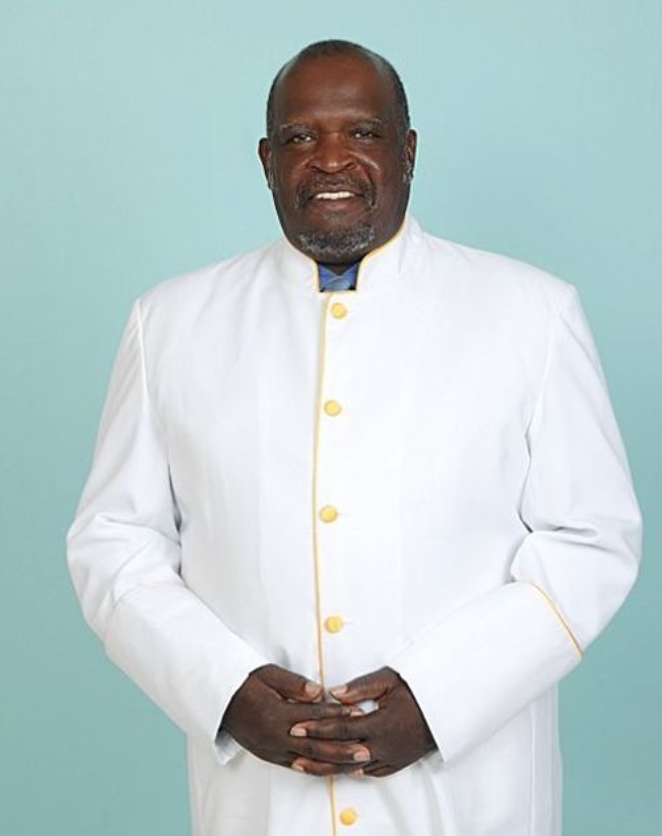 Bishop Harvey James Hutchinson currently serves as the compassionate visionary and inspiring Presiding Bishop and Overseer of Holy Temple of God, Inc.  He lives out his beliefs in God as he leads congregations in three states; Florida, Georgia and Illinois. His ministry reaches out to many in the local community,  both in and out of the church. An effective communicator of God’s Word, Bishop Hutchinson is widely known for his practical and dynamic preaching style which helps people apply the timeless truths of Scripture to their everyday lives. He serves as pastor of the local Landmark Holy Temple of God.

He and his wife, Pastor Dr Gloria, have been married since 2007. They are proud parents hosting adult children and grandchildren;  some of whom work alongside and support them in ministry.

Bishop Hutchinson, Jr. was born in Keystone Heights, Florida on November 24, 1955 to the late Mother Rosa Hutchinson and our founding Deacon Harvey Hutchinson, Sr. He accepted Christ in 1975 and served at Foundation Holy Temple of God in Keystone Heights, FL. That same year, he also received the baptism of the Holy Spirit and forever committed his life to the service of the Lord. His life and work since that time remains a reflection of this commitment.

He attended Hampton Elementary School, R.J.E School and later graduated from Bradford High School in Starke, FL. He recently retired as head custodian for Clay County School Board at Keystone Elementary School. There he has mentored both his staff and the students for the past 24 years. As noted through newspaper coverage, he is well known locally for volunteering with students after school. After retirement he embarked into Entrepreneurship and thus Mr. Harvey’s Lawn Care was birthed and expands multi-county territories. His current clientele includes residential, commercial and agricultural properties.

In 1986 he was called into the ministry and served as pastor in Blitchton, FL at Holy Temple of God. Later during his tenure as Pastor in Keystone Heights, he was groomed in the ministry as Assistant Bishop by the late Bishop Walter Camps, Sr. He worked faithfully in conducting revivals and witnessing in street services among many other ministry activities in the community. He serves passionately in community and prison ministries. After the passing of Bishop Camps, Bishop Hutchinson was elevated to the position of Presiding Bishop of Holy Temple of God Incorporated by the General Supreme Executive Board in January 2008.

In conclusion, Bishop Hutchinson has a heart for serving others. He currently ministers in various communities by personally supplying Thanksgiving baskets to the elderly, supporting the food bank, working to improve the community environment, and being a godly support to both the saved and unsaved in their time of need. 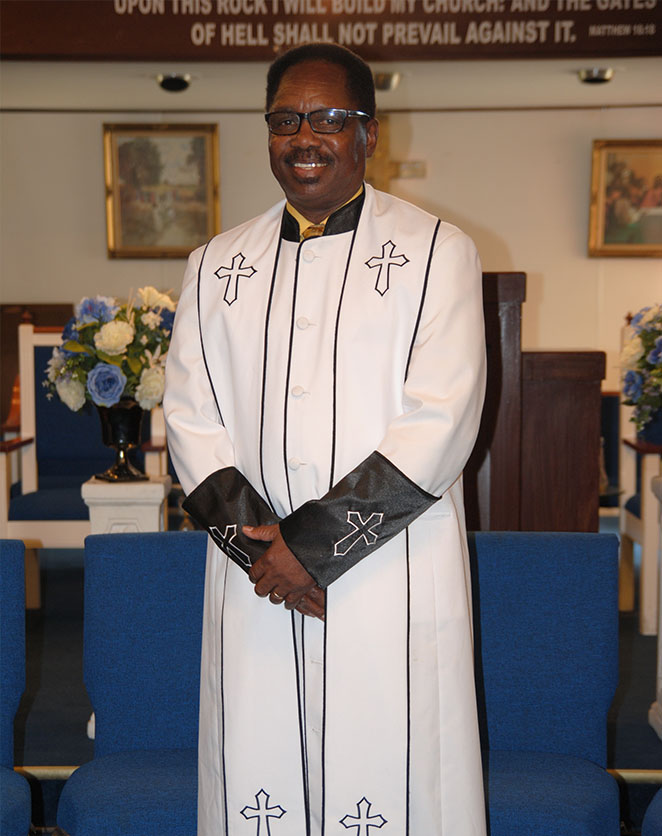 As a Man of God: Bishop Ross was saved in 1974, he was called into ministry in 1976, and chose in 1986. Bishop Ross was a faithful member of Sunday School, Bible School Teacher at his home church, Pleasant Plain United Methodist Church in Jonesville, FLorida under the leader of Pastor Mayes. He then went to Overcoming Saint of God in Archer, FLorida , under leadership of Pastor A.T. Mobley, where he can served faithfully. Bishop Ross later became a member of Landmark Holy Temple of God under the leadership of Bishop Walter Camps Sr. he became the Assistant Pastor in 1992. In 1998, Bishop Ross became the Pastor of New Life Holy Temple of God in Lawtey, Florida. In 1999, he became the Assistant pastor of The House the Lord Built Holy Temple of God in East Palatka, Florida under the leadership of the late Bishop Walter Camps Sr, and the late Pastor Dr. Mamie Bryant. In 2010, he became the full time Pastor at The House the Lord Built. Bishop Ross’ motto is , “Be not overcome of evil but overcome evil with good.” Romans 12:21.

FIND OUT ABOUT UPCOMING EVENTS HERE >

LEARN MORE ABOUT OUR HISTORY> 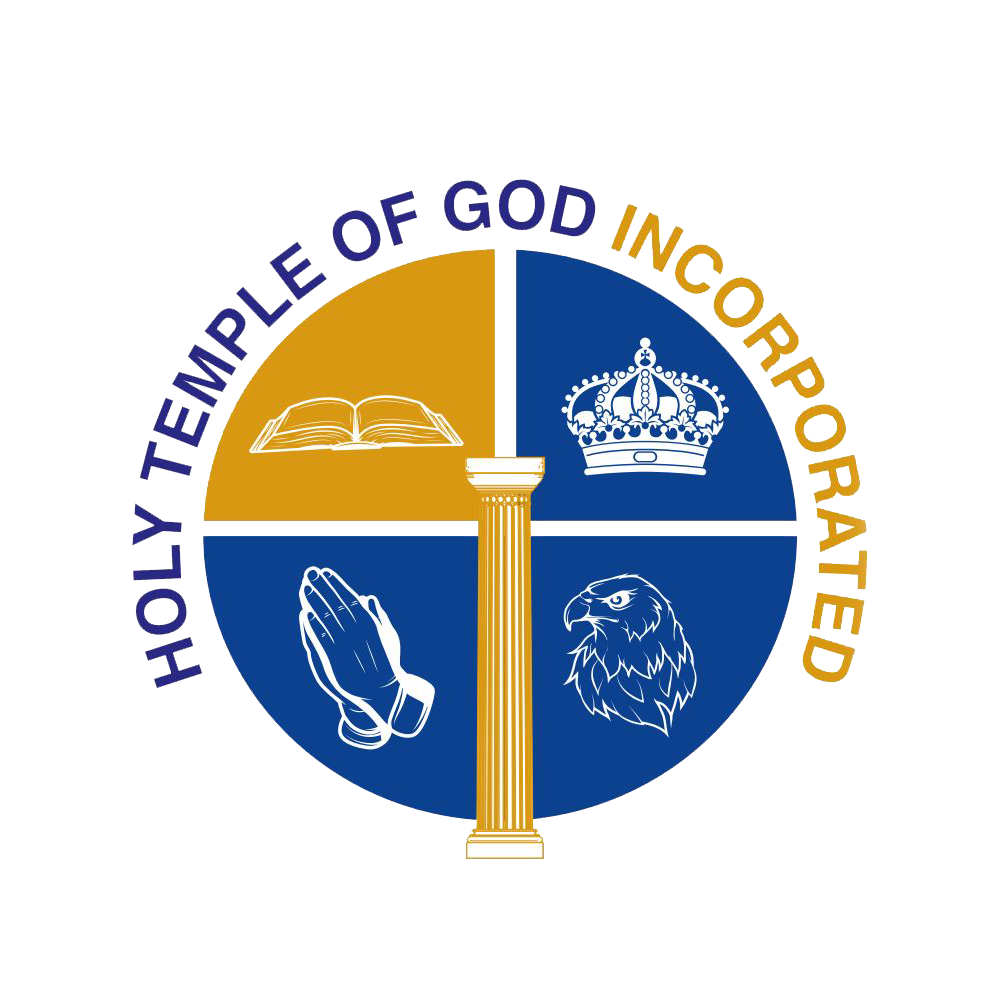